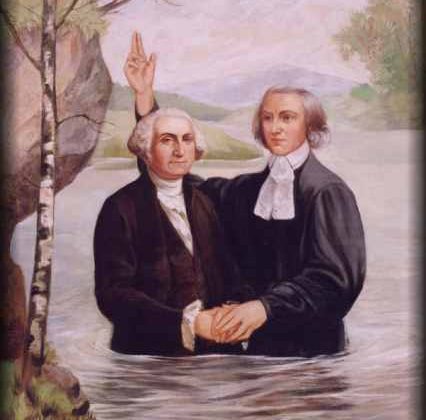 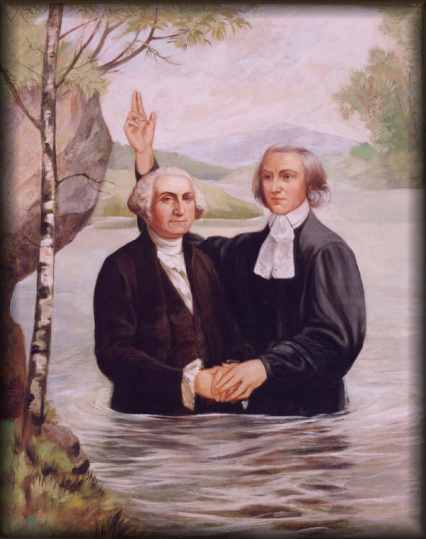 A few weeks ago, while up in the great north woods of New Hampshire, I finished writing a draft of a chapter on the religious beliefs of George Washington. You will have to wait until late next year to find out where I come down on the question of whether or not Washington was a “Christian,” but in the meantime, for those who want to explore this topic for themselves, I thought I would list some of the best books on the religious beliefs of this so-called “Father of our Country.”

In no particular order (and I am sure I am forgetting a few):

Mason Locke Weems, The Life of Washington: A New Edition with primary documents and introduction by Peter S. Onuf (M.E. Sharpe, 1996). Writing in the early 19th century, Weems is the source of many Washington myths, including the cherry-tree and the prayer at Valley Forge. Onuf’s introduction is great.

Frank E. Grizzard Jr., The Ways of Providence: Religion & George Washington (Mariner, 2005). A short introduction to Washington’s religion. Includes many primary sources, including some of Washington’s letters to churches. Also valuable for Grizzard’s debunking of the Valley Forge prayer story.

Gerarld E. Kahler, The Long Farewell: Americans Mourn the Death of George Washington (U of Virginia, 2008). Best book on the many funeral sermons and speeches delivered after Washington’s death.

Francois Furstenberg, In the Name of the Father: Washington’s Legacy, Slavery, and the Making of a Nation (Penguin, 2006). Excellent on the way Washington was remembered by evangelical Christians in the early 19th century. Chapter on Mason Locke Weems is outstanding.

Peter A. Lillback, George Washington’s Sacred Fire (Providence Forum, 2006). Huge tome written from the perspective of the Christian Right. Argues that Washington was a devout Christian, but probably not an evangelical. I would use it more as a reference tool than a compelling argument for Washington’s Christianity.

Brooke Allen, Moral Minority: Our Skeptical Founding Fathers (Ivan Dee, 2007). Chapter on Washington is decent, but the book as history is too tainted by Allen’s agenda to take on the Christian Right.

Gary Scott Smith, Faith and the Presidency: From George Washington to George W. Bush (Oxford, 2006). Chapter on Washington is very thorough and well-done. Argues that Washington was a “theistic rationalist.”

Michael and Jana Novak, Washington’s God: Religion, Liberty, and the Father of Our Country (Basic Books, 2006). The Novaks argue cautiously (more cautiously than Lillback) that Washington was an eighteenth-century Anglican Christian.

Mary Thompson, “In the Hands of Good Providence”: Religion in the Life of George Washington (U of Virginia, 2008). A researcher on the Mt. Vernon staff argues that Washington was an eighteenth-century Anglican Christian. Very good in helping to think through how to use the testimonies about Washington’s faith written in the 19th century by evangelical members of his family. I found this book to be very helpful.

David Holmes: The Faiths of the Founding Fathers (Oxford, 2006). This book got a lot of positive press when it appeared. Indeed, it is a good introduction to Washington and the other founders, but I found it to be a bit thin. Argues Washington was a “Christian deist.” I did not find this category particularly helpful.

Paul Longmore, The Invention of George Washington (U of Virginia, 1999). This book does not focus specifically on Washington’s religion, but Longmore does look closely at Washington’s daily life–including his church attendance.

Paul F. Boller, George Washington and Religion (SMU Press, 1963). Classic work on Washington’s religion. Boller argues Washington was a deist. I don’t completely buy his argument, but the book is excellent as a reference tool to help identify Washington’s writings related to religion. Lillback’s book, noted above, is written as a direct response to Boller.

Jeffry Morrison: The Political Philosophy of George Washington (Johns Hopkins, 2008). Chapter on Washington’s religion is insightful. Morrison argues that Washington was more biblically literate than others give him credit for.

James Hutson, The Founders on Religion: A Book of Quotations. (Princeton, 2005). Great starting point for locating Washington’s thoughts on religion.