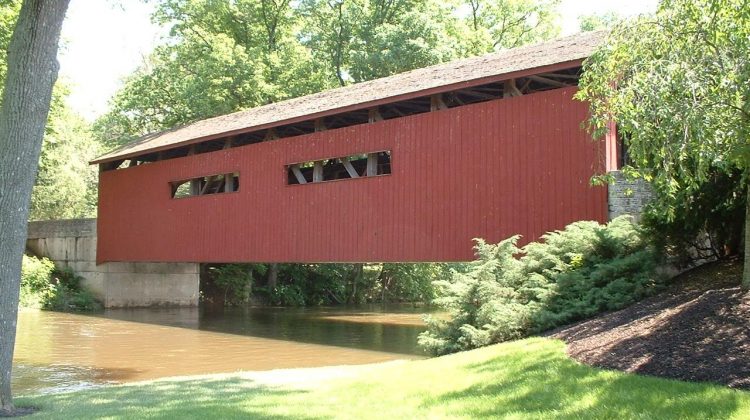 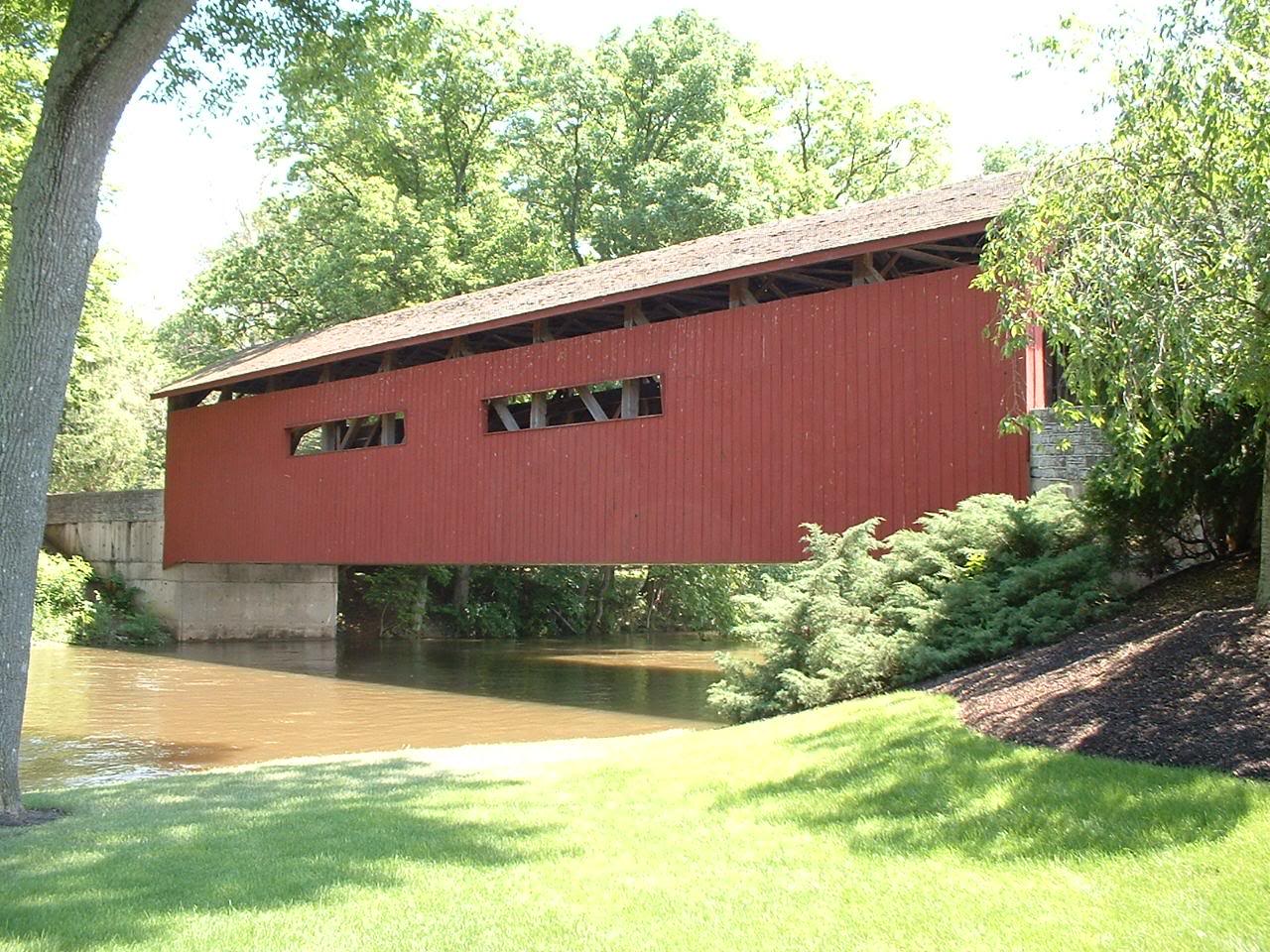 First year students began arriving on campus today. I normally try to stay away from the college on this day–no place to park and too many people. But today I had to pick up some books from the library (William Wirt’s 3 volume biography of Patrick Henry) and my eight-year old daughter needed something to do, so we made the two-mile commute to Messiah College. Messiah has a beautiful campus nestled along the Yellow Breeches Creek (a tributary of the Susquehanna River) in the village of Grantham. Anyone who has visited Messiah knows about the trademark red covered bridge that extends over the Yellow Breeches and serves as a gateway between two Pennsylvania counties–Cumberland and York. In September and May the campus is especially beautiful. The grounds crew works hard to impress the hundreds of parents visiting the college during these months. Everything seems so green and clean.

It was an incredible day today in south-central Pennsylvania–sunny with the temperature in the mid-70s. Messiah College was buzzing. Most people moved around campus in groups of three–Mom, Dad, and child. Many needed directions to the dining hall or the gym. Everyone was carrying paperwork of some sort. The bookstore was packed. Free food was everywhere. My daughter and I were greeted by smiling Messiah students and staff on at least four different occasions. They just assumed we were visitors.
As we walked across campus we overheard anxious parents talking about bedspreads and lofts, roommates and mini-fridges. I decided to give my daughter a lesson about the rhythms of an academic life. I mentioned how I had been “starting afresh” each September since kindergarten. I told her how I have been in school my entire life–either as a student or a professor. I tried to express the gratitude I felt to be able to live and work in such a way. She was not as moved as I was. It was getting close to lunch and she was too hungry to listen to Dad wax eloquent. We decided to leave campus and get some grilled cheese.
I have mixed emotions each September. Many of my colleagues prepare for the semester well in advance. Yesterday one of my colleagues told me that he finished his course syllabi in June! Others begin spending full days in the office as early as August 1. As for me, the nature of my work in the summer is so different than my work during the school year that I am often unwilling to surrender the summer to the demands of my life of teaching, committee work, and advising. I am never ready for the school year to begin. I am saddened that I have to give up extended time to think and write and reflect and read and research–the kinds of things that we academics have a hard time explaining to our non-academic neighbors when they ask us what we are doing all summer.
It is not until days like this–as the new and returning students roll into town with so much hope and potential and anxiety–that I sort of “snap out of it” and realize that it is time to become a college teacher again. The more I think about it, the more I realize I would not want it any other way.