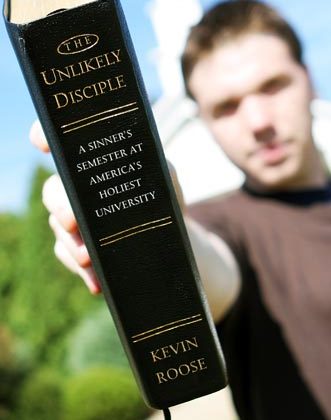 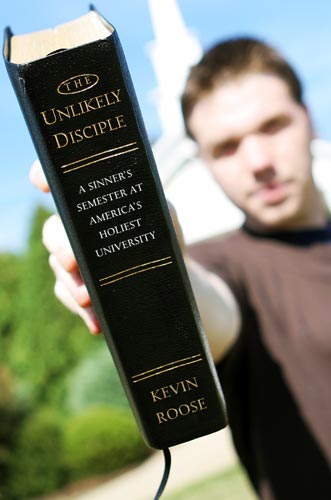 Kevin Roose, an English major at Brown University, decided to take a few months away from his Ivy League college and enroll for a semester at Liberty University, the Christian university founded by the late Jerry Falwell. Roose wrote a book about this experience: The Unlikely Disciple: A Sinner’s Semester at America’s Holiest University.

Since I was recently invited to give an address at Liberty (I have never been on the campus), I read with interest Karen Prior Swallow‘s review of Roose’s book. Swallow teaches English at Liberty.
From Swallow’s review we learn that Roose expected to write a book about a place that trains militant and intolerant culture warriors, but instead found Liberty to be a college full of loving, honest, smart, and sincere Christians. He was clearly surprised by what he found in Lynchburg.
Swallow writes:
It is this sense of love, ultimately, that Roose can’t shake, even two years later. He found at Liberty a kind of community, he acknowledges, that has no parallel in the secular world. “I never thought,” Roose writes to the school in the book’s acknowledgements, “that the world’s largest evangelical university would feel like home … . But by experiencing your warmth, your vigorous generosity of spirit, and your deep complexity, I was ultimately convinced—not that you were right, necessarily, but that I was wrong.”
Roose’s life was changed for the better through his semester at Liberty. And hopefully, Liberty University will be changed for the better, too, through having seen itself through the eyes of a stranger—an angel of sorts, perhaps (as Roose intimates in the book’s epigraph), that we entertained unaware.
I hope I find something similar at Liberty when I go down there next month.