We continue our thoughts on William James’s 1900 essay, “What Makes a Life Significant?” Following James’s trip to the middle-class oasis of Chautauqua, New York, he finds himself on a train to Buffalo. (The picture below is the 1900 Buffalo Labor Day Parade). He looks out the window and sees a world quite different from the one he just left. His reaction is worth quoting at length.

I was speeding with the train toward Buffalo, when, near that city, the sight of a workman doing something on the dizzy edge of a sky-scaling iron construction brought me to my senses very suddenly. And now I perceived, by a flash of insight, that I had been steeping myself in pure ancestral blindness, and looking at life with the eyes of a remote spectator. Wishing for heroism and the spectacle of human nature on the rack, I had never noticed the great fields of heroism lying round about me, I had failed to see it present and alive. I could only think of it as dead and embalmed, labelled and costumed, as it is in the pages of romance. And yet there it was before me in the daily lives of the laboring classes. Not in clanging fights and desperate marches only is heroism to be looked for, but on every railway bridge and fire-proof building that is going up to-day. On freight-trains, on the decks of vessels, in cattleyards and mines, on lumber-rafts, among the firemen and the policemen, the demand for courage is incessant; and the supply never fails. There, every day of the year somewhere, is human nature in extremis for you. And wherever a scythe, an axe, a pick, or a shovel is wielded, you have it sweating and aching and with its powers of patient endurance racked to the utmost under the length of hours of the strain. 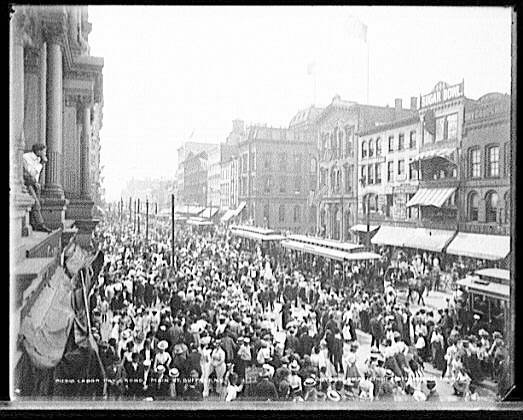 As I awoke to all this unidealized heroic life around me, the scales seemed to fall from my eyes; and a wave of sympathy greater than anything I had ever before felt with the common life of common men began to fill my soul. It began to seem as if virtue with horny hands and dirty skin were the only virtue genuine and vital enough to take account of. Every other virtue poses; none is absolutely unconscious and simple, and unexpectant of decoration or recognition, like this. These are our soldiers, thought I., these our sustainers, these the very parents of our life.

James recalls Leo Tolstoy’s defense of the Russian peasant. These peasants, Tolstoy writes, “labor quietly, endure privations and pains, live and die, and throughout everything see the good without seeing the vanity.” By entering into their life and experience, Tolstoy realized that “all our actions, our deliberations, our sciences, our arts, all appeared to me with a new significance. I understood that these things might be charming pastimes, but that one need seek in them no depth, whereas the life of the hard-working populace, of that multitude of human beings who really contribute to existence, appeared to me in its true light.”
At first glance, James seems quite nostalgic for this masculine working-class heroism. Do these workers themselves see their own heroism? Probably not. Perhaps many of them would rather be in Chautauqua. But the reality is that they are not in Chautauqua. They are not members of the upper-middle class world in which James belongs. James can only truly see them through the eyes of an education professional.
Yet I cannot help but think that James is on to something here. Perhaps working people know something about life that we academics, professionals, intellectuals, and educated people do not. There is much we can learn from them about how to live meaningful lives. They understand community, loyalty, commitment, and suffering much, much better than we do. I think often about the heroism of firefighters, cops, and rescue workers in the days following September 11, 2001. These men and women were driven by a sense of duty, responsibility, and vocation that most middle-class professionals have a hard time understanding. To celebrate them is not to be overly nostalgic. They exist. They may be hard to track down in a university faculty lounge or your local country-club, but they are real human beings. They have dignity.
OK–I will now stop this little sermon. James, after all, is not done. As we will see in the next post, there is also something that the Buffalo laborer might learn from the white collar worker who vacations each summer in Chautauqua. Stay tuned.