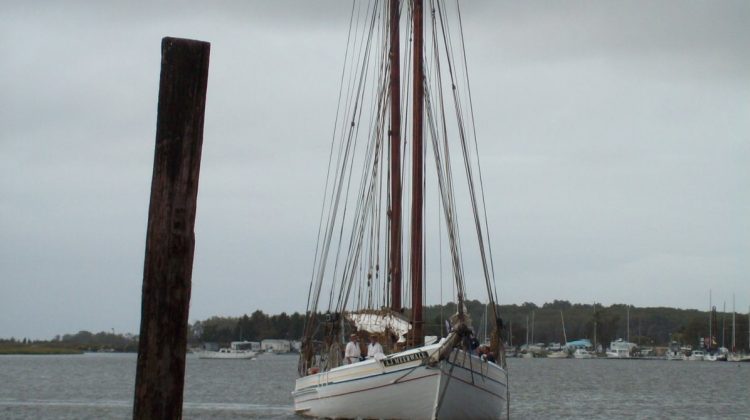 We spent the day today in the southern New Jersey town of Greenwich attending the two-day festival celebrating the one-hundredth anniversary of the unveiling of the 1908 monument commemorating the Greenwich Tea Burning of 1774. In other words, the town of Greenwich is spending the weekend commemorating a commemoration. Several thousand people converged on this sleepy little town for the day’s festivities.
Since Philip Vickers Fithian may have been involved in the tea burning I was invited by the event organizers to give a short book talk on The Way of Improvement Leads Home at the Lummis Library of the Cumberland County Historical Society. Earlier in the day I signed some books during the annual Greenwich “Artisan’s Faire.” The weather held up and all went well. Here are a few highlights: 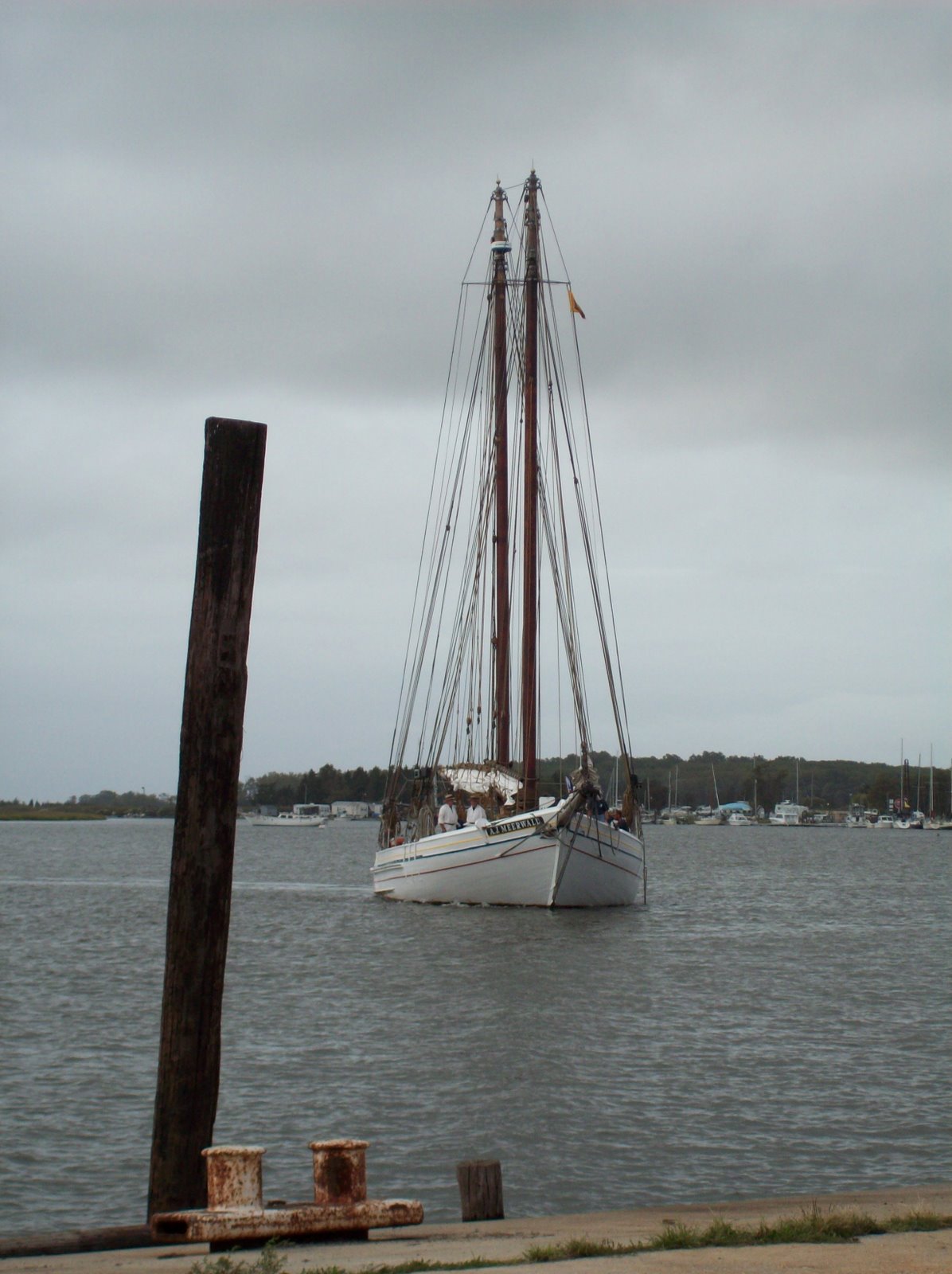 At 11:00am the 19the century tall-ship A.J. Meerwald came up the Cohansey River and docked at Greenwich to unload the tea just as the 18th century brig Greyhound did in December 1774. 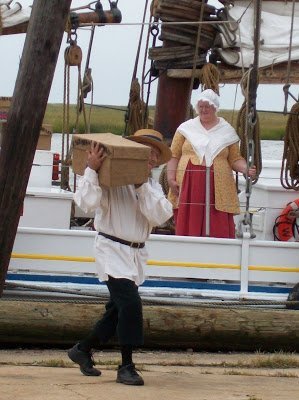 The unloading of the tea at Greenwich 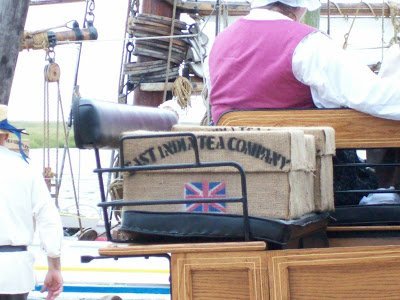 Replica tea boxes are placed onto a wagon for safe storage at the home of loyalist Daniel Bowen. 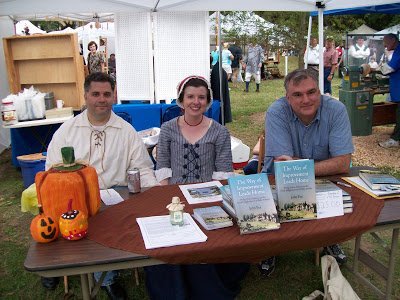 There are no people on earth who are more interested in Philip Vickers Fithian than the people of Greenwich. Philip was born and raised here. We thus signed many books–many from people who had already read it. Megan, a former student of mine, and her friend Greg, helped me at the book table. As you can see from the picture they were both dressed in colonial garb. 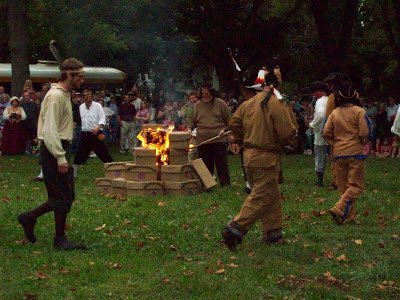 Later in the day the re-enactment of the “tea burning” took place. Patriots disguised as Indians rode into an open field and set the boxes aflame. 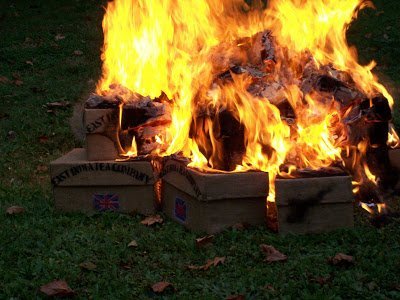 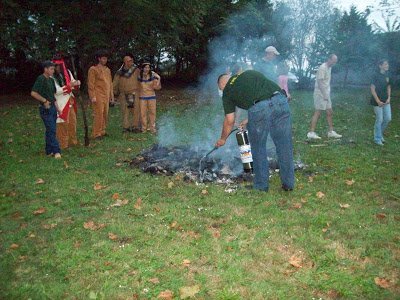 The day ended with the extinguishing of the fire, a nice dinner at the Bait Box restaurant at the Hancock Harbor marina, and a fireworks display over the Cohansey River. Stay tuned for more updates from day two of the event. New Jersey Governor Jon Corzine is expected to arrive and address the crowd.