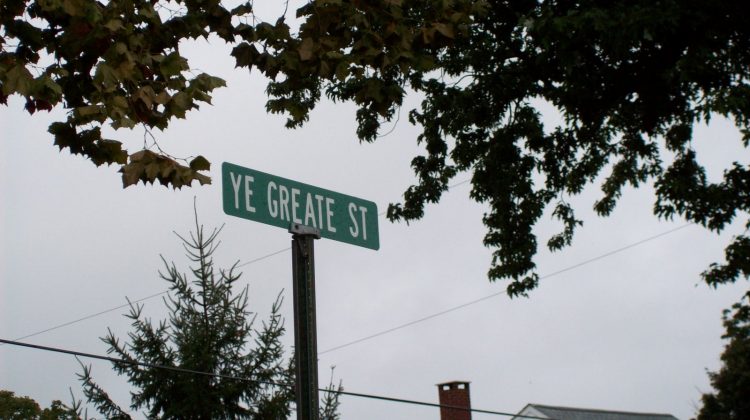 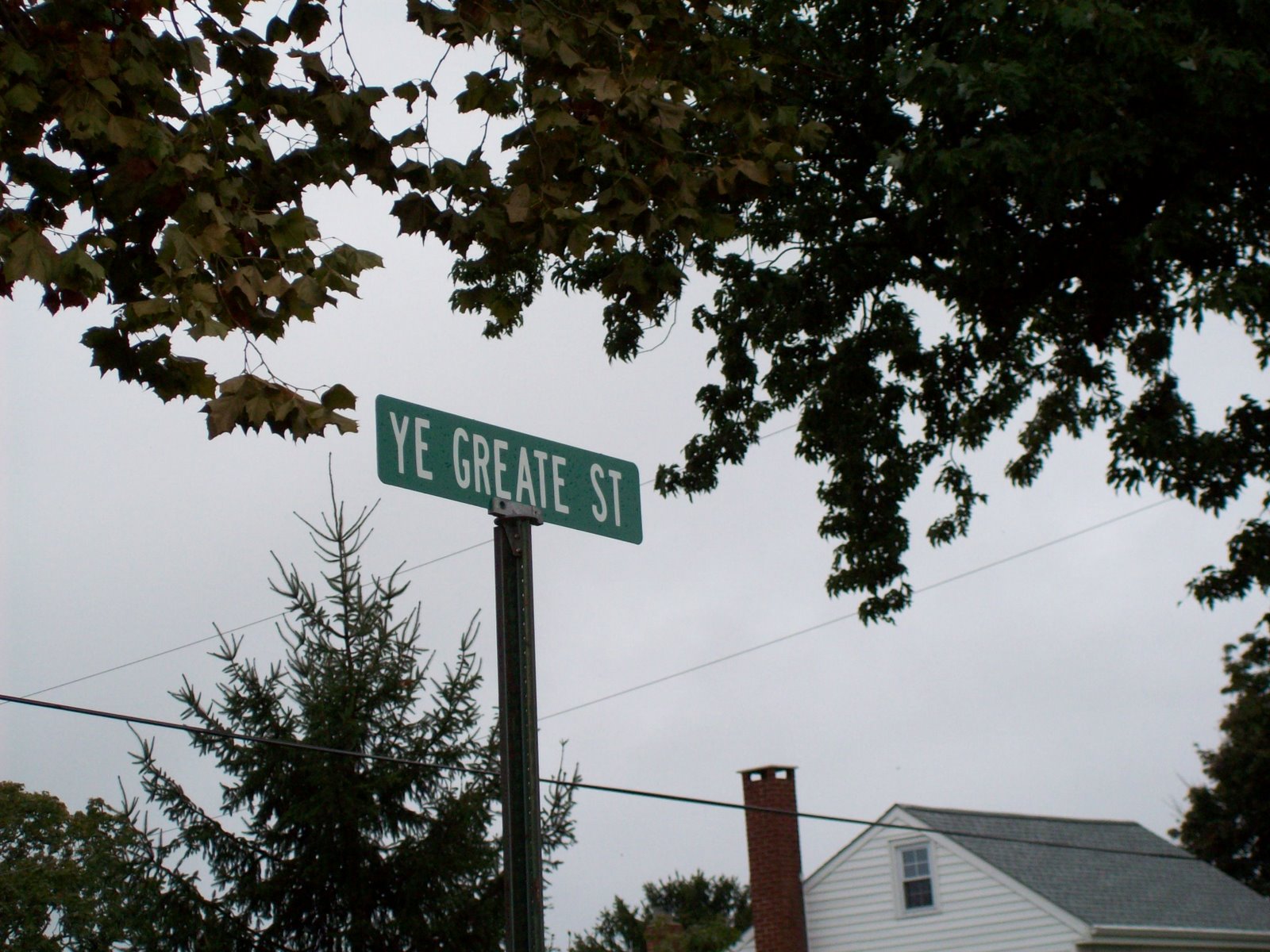 Today was Day Two of the 100th anniversary commemoration of the Greenwich Tea Burning Monument which was unveiled in 1908 to commemorate the 1774 act of revolutionary resistance commonly known as the “Greenwich Tea Burning.” (Try saying that ten times fast!). Most of the festivities today took place along “Ye Greate Street,” the road running through the center of Greenwich. This 100 foot wide road was laid out in the 1670s by John Fenwick, the founder of “Salem,” the first English colony in the Delaware Valley (founded five years before William Penn founded Pennsylvania). 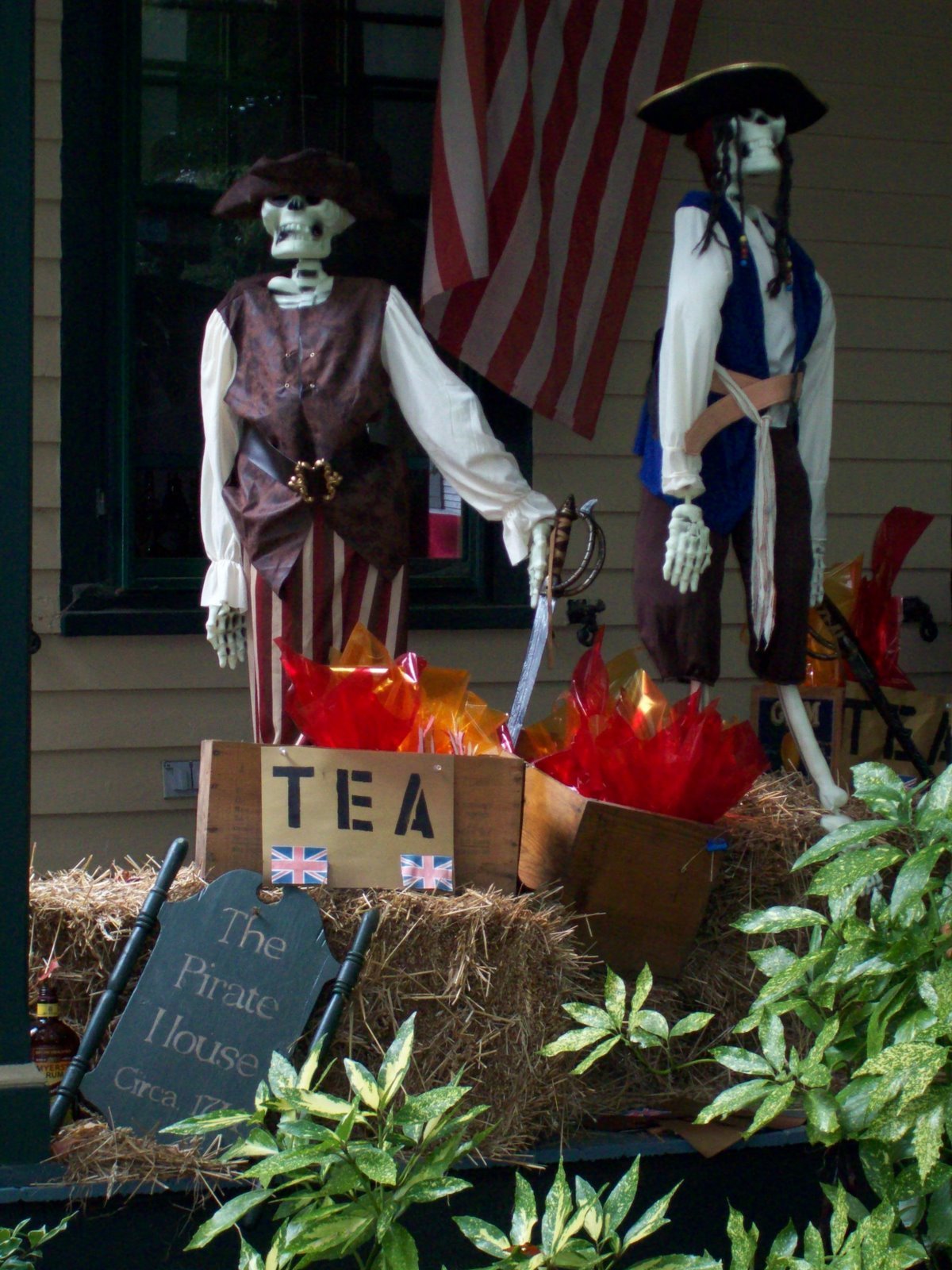 All of the homeowners on Ye Greate Street were more than ready for the thousands of people who descended on their quiet town this weekend. As seen in the picture above, the street was lined with expressions of patriotism and historical displays. At about midday the town received news that Jon Corzine, governor of New Jersey, would not be coming to address the crowds in the way that state governors had done in 1958 and 1908. This bad news, however, did not seem to damper their spirits. 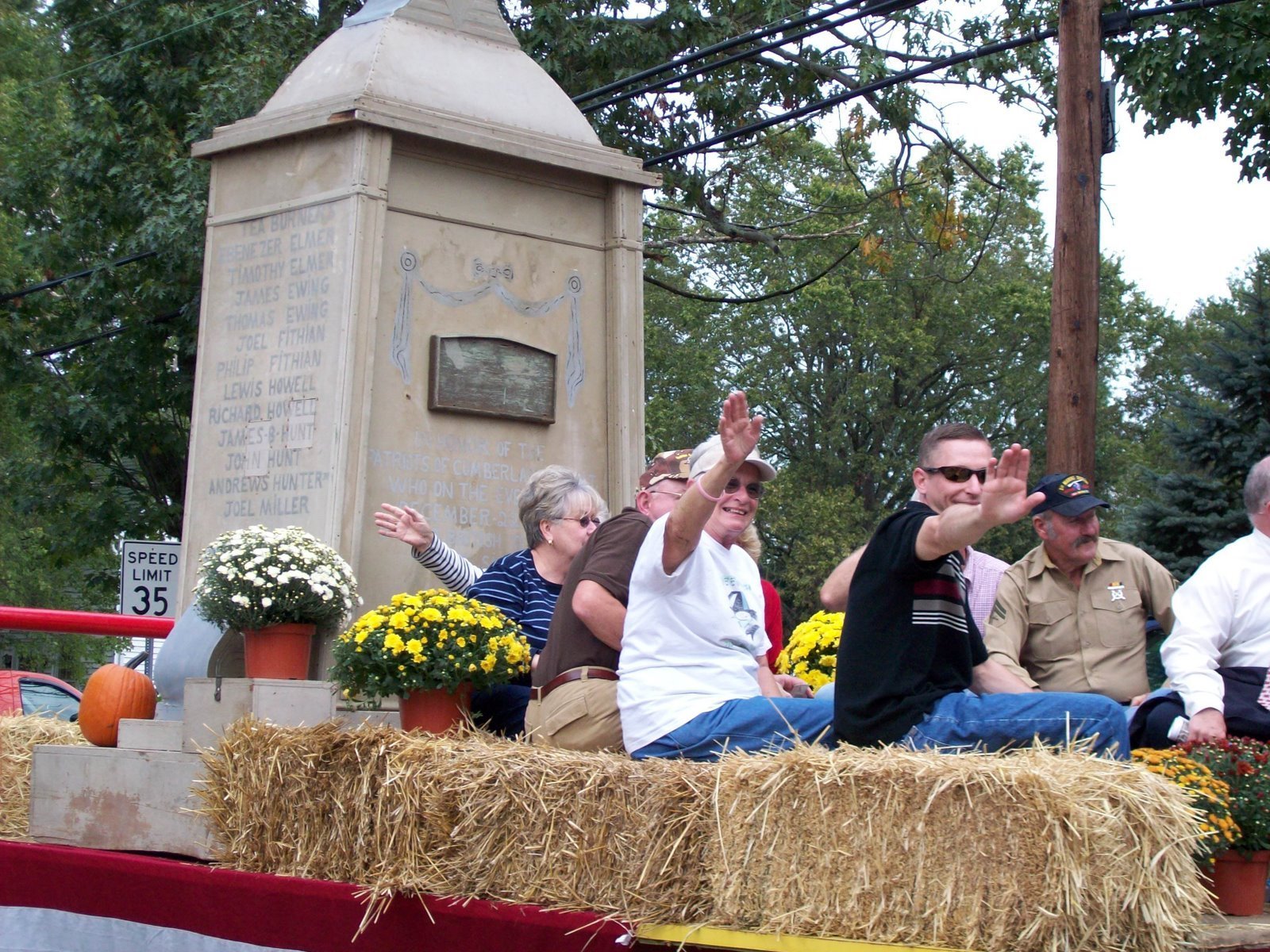 At 1pm a parade made its way down Ye Great Street. The picture above captures one of the parade’s floats–a replica of the Greenwich Tea Burning monument. This homemade replica had supposedly been sitting in a local barn since it had been last used in a 1936 parade in the neighboring town of Bridgeton. 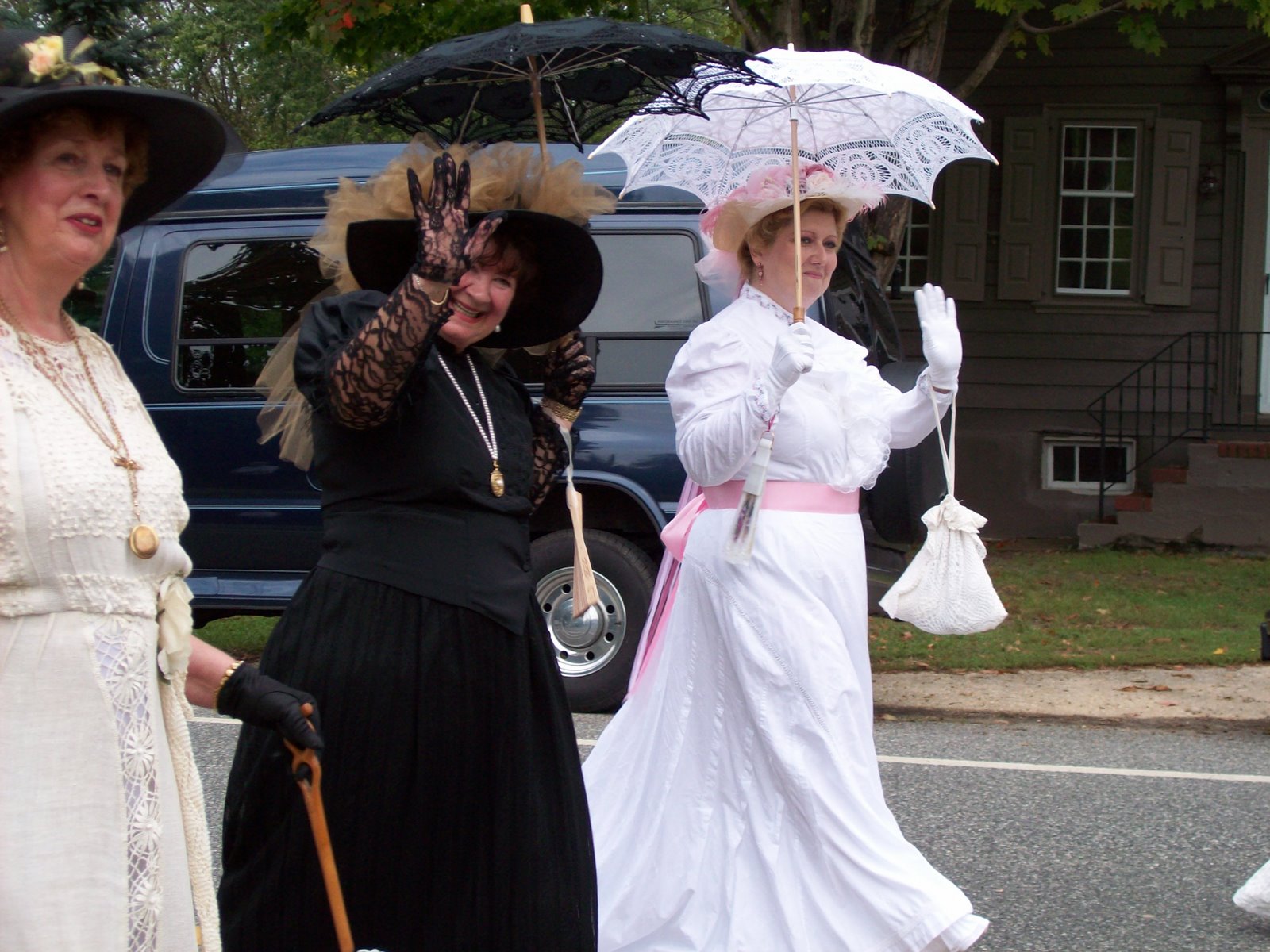 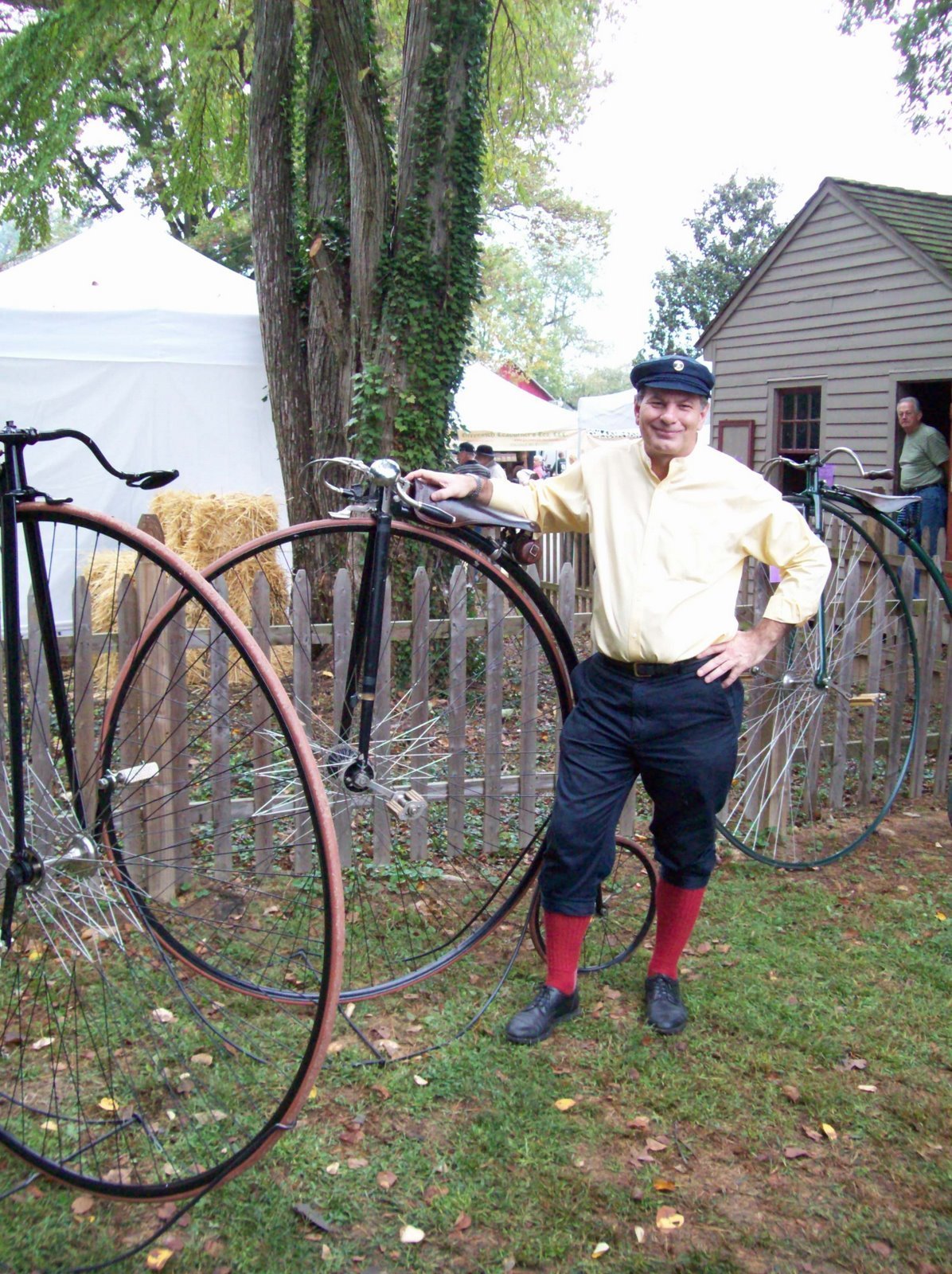 What I found especially interesting was the way in which the people of Greenwich pulled out all the stops to celebrate the anniversary of the dedication of a monument. Some may have even been confused as to what was actually being celebrated this weekend. The town was filled with men and women in colonial garb. Others, such as the women pictured above, wore Victorian Era clothing. Victorian “tea time” and 18th century resistance to the British Tea Act seemed to merge together during this commemorative weekend. Finally, Ye Greate Street was filled with old fashioned bicycles (see picture above) and bicyclists dressed in early twentieth-century clothing to reflect the time when the Tea Burning Monument was first erected (1908). So what year was being celebrated: 1774 or 1908? If you ask the people of Greenwich, they would say both. As one resident told me: “Any excuse for a party.” 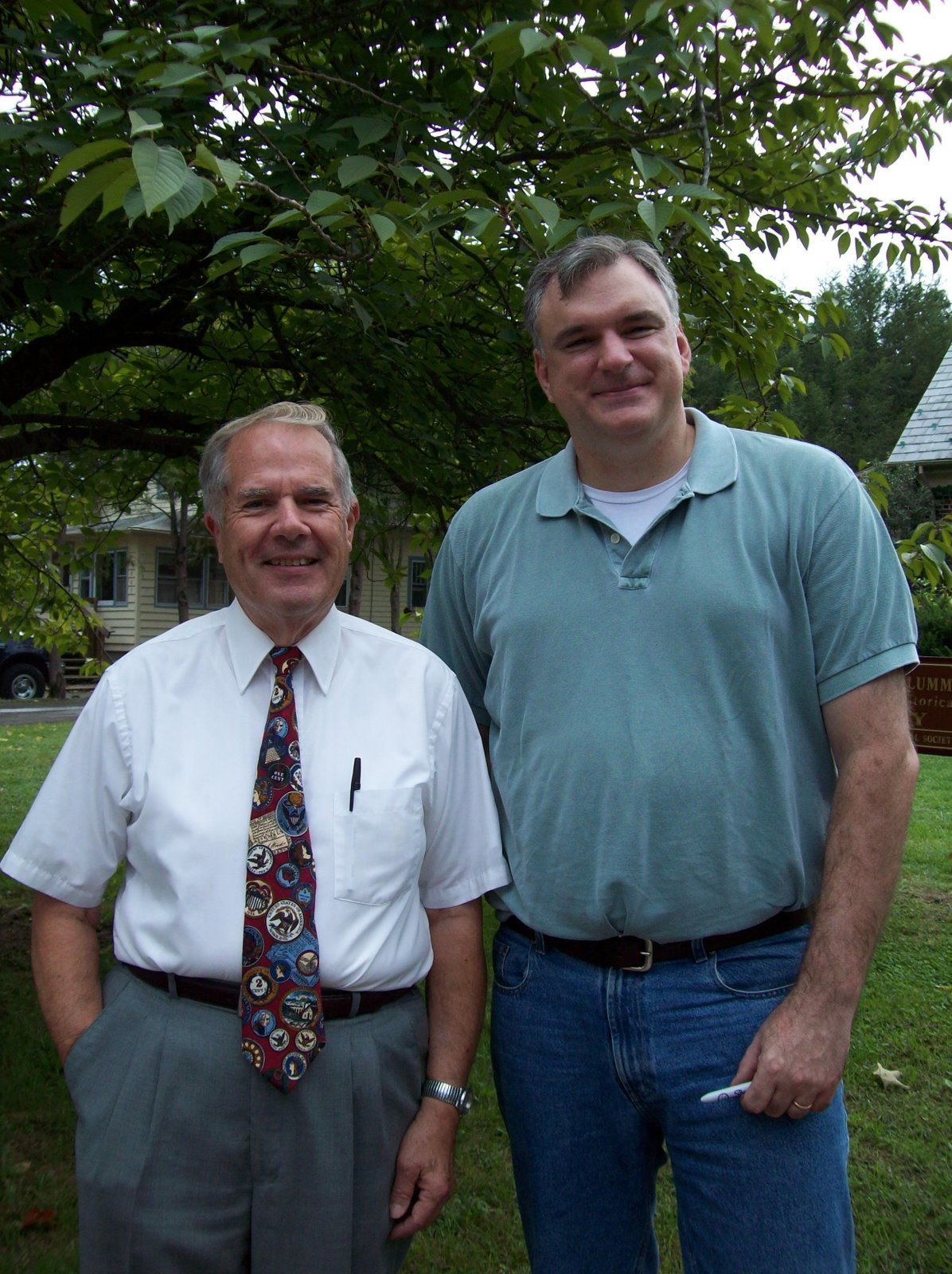 I got a chance to see my friend Jonathan Wood, the chairman of the board of the Lummis Library of the Cumberland County Historical Society and the Vice-President of the Society. I could not have written The Way of Improvement Leads Home without Jonathan. Over the last ten years he has led me on several tours of the Cohansey River region. We have visited churches together, walked through several 18th century graveyards, and spent hours talking about our common interest in Philip Vickers Fithian.
As some of my readers know, I am working on a book on the Greenwich Tea Burning tentatively titled, “The Greenwich Tea Burning: History and Memory in a New Jersey Town.” As a result, this weekend I think I was more anthropologist than historian. The 2008 Tea Burning Monument Anniversary Celebration will make a great epilogue.