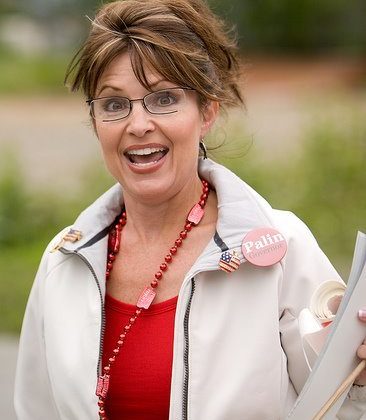 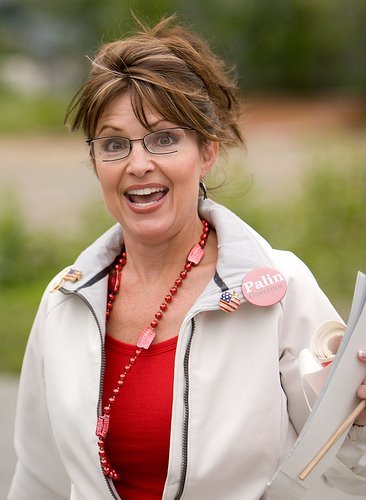 According to some reports, Palin attends church at the Juneau Christian Center, a congregation affiliated with the Assembly of God, the largest Pentecostal denomination in the world. Pentecostals are evangelicals who believe in a doctrine called the “baptism of the Holy Spirit,” an intense spiritual encounter with God that often results in unintelligible utterances commonly known as “speaking in tongues.”

They are also distinguished by their emphasis on faith healing, their belief in the rapture (the sudden return of Jesus Christ in the air to take all true believers to heaven), and their emotional, hand-waving style of Christian worship. Disgraced televangelists Jimmy Swaggart and Jim Bakker are Pentecostals. Elvis Presley and Jerry Lee Lewis were raised in the denomination.

Palin was born a Catholic, but her parents abandoned their commitment to Rome when she was young and began attending evangelical churches. She appears to have spent most of her childhood at the Wasilla Assembly of God Church. Her youth pastor, Mike Boatsman, formerly served as the Alaskan Superintendent of the Assembly of God Church. Earlier this year, at a gathering of Alaskan members of the denomination, Boatsman and Mike Rose, the pastor of the Juneau Christian Center, laid hands on Palin (a Christian symbol of consecration) and prayed for her and the state of Alaska.

Palin is not the first Pentecostal politician to gain national attention. James Watt, the Secretary of the Interior under Ronald Reagan, was a member of an Assembly of God Church. Like most Pentecostals, Watt shunned certain forms of popular entertainment as being too worldly. In 1983, he banned the Beach Boys from playing a Fourth of July concert on the National Mall because, as he said, they drew an “undesirable element”

John Ashcroft, George W. Bush’s Attorney General and the controversial enforcer of the Patriot Act, was the son of an Assembly of God minister and a Pentecostal clergyman himself. In addition to a distinguished career in politics, Ashcroft was a gospel song writer. He also used Crisco cooking oil to anoint himself before serving his two terms as Missouri governor.

The Beach Boys and Crisco aside, Pentecostal politicians usually shy away from talking about religious practices such as the “baptism of the holy spirit” or “speaking in tongues.” Ashcroft the politician seldom called attention to these important dimensions of his faith.

We can expect the same from Palin. She will be a crusader for pro-life causes and traditional marriage, but will avoid speaking about some of the religious practices of her upbringing that some mainstream Americans—even many mainstream evangelicals– may consider strange. (In this sense her approach will be similar to the way Mitt Romney refused to talk about the intricacies of his Mormon faith). In fact, in an interview with Time, Palin called herself a “Bible-believing Christian” who attends a “non-denominational Bible Church.” She has yet to call herself a “Pentecostal.”

Palin is a serious evangelical who will rally John McCain’s conservative base, but don’t expect a tongues-speaking Holy Ghost revival to break out next week in Minneapolis.